Macedonia - that unforgettable name evoking images of ancient, great civilizations and exotic adventure - is also a warm and welcoming modern-day republic in the very heart of southeastern Europe.

While easily accessible from all points abroad, and boasting all the amenities of the Western world, Macedonia remains one of Europe’s last great undiscovered countries: a natural paradise of mountains, lakes and rivers, where life moves to a different rhythm, amidst the sprawling grandeur of rich historical ruins and idyllic villages that have remained practically unchanged for centuries.

Macedonia’s geographical and cultural position as bridge between East and West, as the crossroads between Christian Europe and the mystical Orient, is attested to today in its inhabitants. The Macedonian people – a mixture of ancient Macedonians and Slavic tribes that settled here starting in the 5th century C.E. – make up the greatest part of a country where that mixed population is a vibrant reminder of Macedonia’s rich and lengthy history. Minority populations include: Albanians, arriving first from mountains of Albania and Kosovo; a Turkish population established during Ottoman times; The Roma, hailing ultimately from far-off India; Serbs, Bosniaks and Croats; and Vlachs, famous tradesmen and likely descendants of ancient Romans.

In essence, today’s Macedonia is a unique patchwork of cultures, where Balkan bloodlines have mixed with others more exotic still. Macedonia resonates with the names of the many peoples who have set foot on its eternal soil: from Armenians, Avars and Ashkenazi to Hellenes, Peonians and Gorani; from Kumans, Montenegrins and Jews to Dardanians, Ukrainians and Bulgars.

Such a diverse range of peoples has co-existed for thousands of years in Macedonia, a place where hospitality always welcomes visitors and it comes from the heart. And indeed, the country’s charms have not been lost on an increasing number of Westerners today who are now choosing it as their second home!

In addition to its diversity,, Macedonia’s cultural richness is expressed in its archaeological legacy. Although just a little country, it holds many antique theaters, Byzantine churches and Ottoman mosques, in addition to relics from the Stone Age and even earlier periods of human civilization.

The oldest traces of human habitation in Macedonia are the cryptic, 30,000 year-old stone engravings or “rock art” unearthed in the Kratovo area, as well as the astronomical observatory/ religious ritual site of Taticev Kamen, dating back almost 4,000 years.

The word Macedonia instantly conjures up memories of Philip II and his son Alexander the Great, legendary emperor of the 4th century B.C.E. who brought great expanses of the known world under Macedonian rule. In this period, and the Hellenistic and Roman ones that followed it, Macedonia reached the apogee of its influence and power. Today, many ruins remain to attest to this ancient heritage, in the sites of cities such as Heraclea, Stobi and Skupi, strewn with amphitheaters and temples, and decorated with intricate mosaics and frescoes.

The missionary Apostle Paul brought Christianity to Macedonia for the first time. Nine centuries later, his Byzantine successors Cyril and Methodius created a brand new alphabet, the precursor to Cyrillic, to expedite their missionary work with the Slavic-speaking Orthodox Christians of the Balkans. Macedonia’s experience of Christianity has thus always been linked with literacy and education. In fact, the first Slavic university was established in the 10th century, in Ohrid - famous during Byzantine times for its 365 churches, one for each day of the year.

Today, Macedonia’s Christian heritage is visible everywhere, from the myriad churches that fill up the landscape throughout the country to the enormous “Millennium Cross” that lights up the Skopje night sky from high atop nearby Mt. Vodno.

Following the decline of the Byzantium Empire, Macedonia and the entire Balkans came under control of the Ottoman Turks. Macedonia owes its Oriental influences to five centuries of Ottoman rule, a phenomenon that affected everything from cuisine and language to architecture and religion. The mosques of Tetovo and Skopje and the latter city’s grand castle (Kale), and Stone Bridge exemplify vividly Ottoman aestheticism.

While firmly rooted in its traditions and nostalgia for the past, today’s Macedonia is also a forward-looking country that has embraced its diversity and is becoming integrated within European political and economic institutions, continually expanding its links to the greater global community and economy. It thus provides the curious traveler with the best of both worlds: age-old traditions, historical treasures, and a pristine natural environment, as well as all of the modern amenities, services and consumer goods that today’s sophisticated travelers need. Macedonia today is an undiscovered jewel in the heart of Europe, offering something for tourists of all ages, nations, interests and desires. 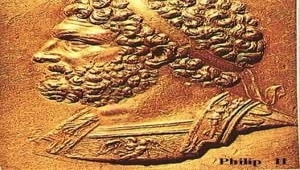 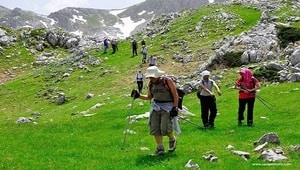 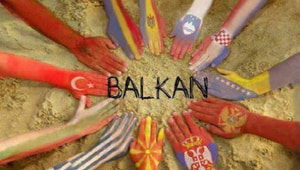